“Our cuisine is a personal landscape in which products from the sea, the garden and the mountains converge.” – Paco Pérez 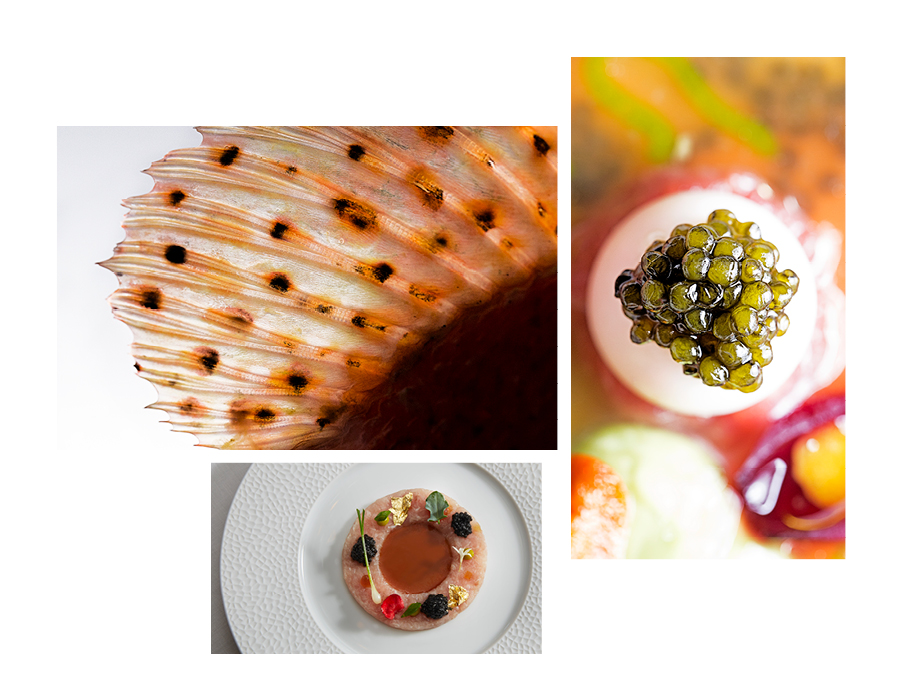 The close season imposed by the Tramuntana that prevents fishing for much of the year, as well as its rugged cliffs that are difficult to access, make the Mar d’Amunt a cold and inhospitable area. In its waters a wild ecosystem reigns, delighting those who love the taste of the sea: exceptional sea bass, white seabream and turbot; prawns and langoustine recognized throughout the world; blue lobster and anchovies; or the coveted royal sea cucumber from Mar d’Amunt, whose unique texture makes it an exceptional product.

The substratum of the Mar d’Amunt directly absorbs water from the sea, giving its soil a prized touch of salinity that can be perceived in its marvelous garden produce: the artichokes picked after only four days and pickled with seaweed for five months, the explosion of flavor in the heirloom tomatoes, “teardrop” peas, black turnip from Campmany; the incomparable texture of the tender almonds and, of course, the extraordinary wines and oils. Thus, to cultivate the land of the Mar d’Amunt is to cultivate the senses, curiosity, and the ability to pack a surprise in each bite. 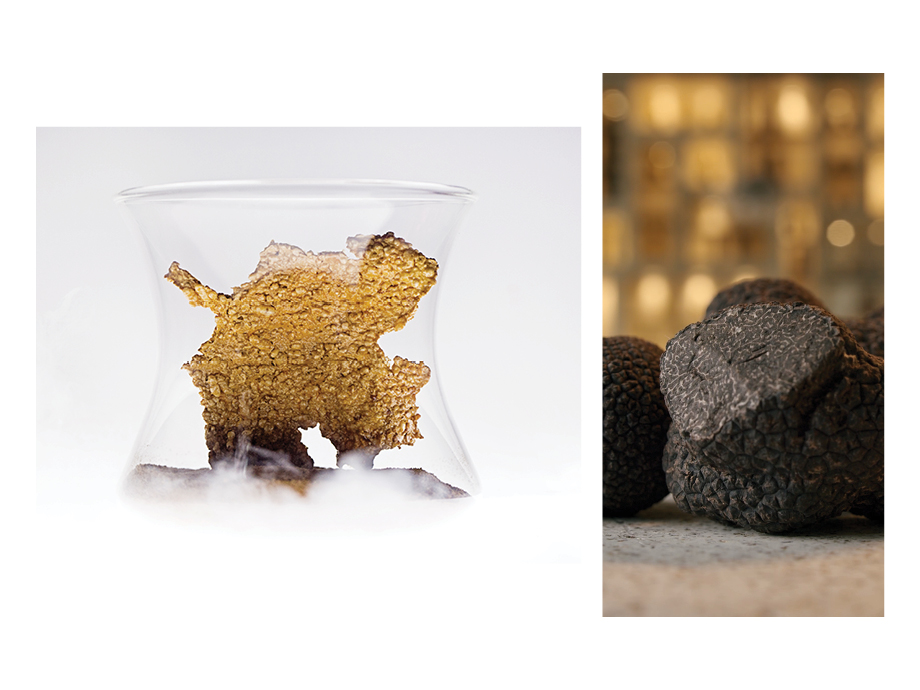 While the mountain fades into the sea, its slopes give way to life that climbs to higher altitudes. The unique morphological configuration of the Mar d’Amunt precipice, as well as the saltiness of the marine influence that permeates its rugged relief, are fertile ground for pines and cork oaks under whose branches one of the most precious treasures of this area flourishes. Its delicious wild mushrooms—especially truffles, porcinis, milk caps, cremini and Caesar’s mushroom—inspire a tireless search for excellence every autumn. You can savor the fruits of this mushroom hunt in Enoteca’s rice and fish dishes.

Enoteca’s kitchen is a local one where the freshness of the products is a non-negotiable condition. Playing an essential role in this are our farmers, gardeners, ranchers, and fishermen, whose excellent local products are complemented by transgressive notes such as the South American lula, shrimp from the Rias Baixas or squab from Bres, forming a rich mosaic of flavors with their Mediterranean identity opened up to the world.

Our work with these small and medium-sized producers, some of whom with which we share a relationship of more than 25 years, goes beyond a simple exchange. We experiment, innovate and push new limits together, and discover new ways of being happy doing what we are passionate about, as evidenced by examples such as K22 Bonesvalls, Penedès of Designated Origin, co-created between Alemany i Corrio and Enoteca—the exquisite olive oil served in the restaurant, designed in collaboration with the producers of Baix Maestrat Terres de Llum. As well as the marine garden devised together with Antonio Muiños, that supplies the Enoteca kitchen with saline-rich sprouts. We firmly believe that excellence lies in respecting both the flavors of the products as well as the effort that goes into cultivating each one of them.